Bushwick Homecomings- The Record is a documentary film that examines the NYC neighborhood of Bushwick Brooklyn in a twenty-year overview of changes and rapid development in the nabe. The original documentary enjoyed a successful film festival run in 2007 - 2008 and aired as part of broadcast programming on BET Networks and the Documentary Channel.

Bushwick Homecomings- The Record encompasses the original 2006 documentary and covers recent developments in Bushwick since the debut of the 2006 original film.

The film touches upon the tensions that arise when a community is in the midst of development, gentrification and change and when identities such as race, ethnicity and socioeconomic barriers come to the fore.

Director Stefanie Joshua embarked on this documentary sequel, Bushwick Homecomings- The Record, encapsulating a 20-year examination of change and community development. Incorporating objective statistical data as well as literature and personal accounts, the director hopes to take viewers on a journey and exploration of a topic with which humans seem to continually grapple; change. 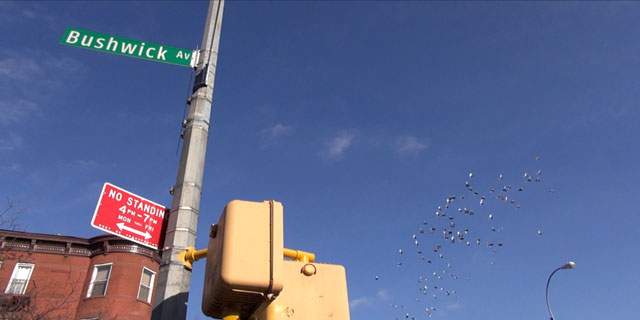 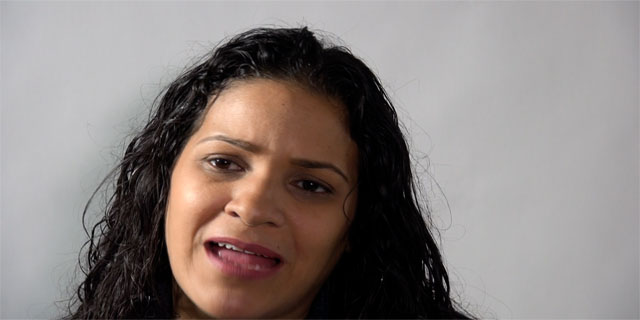 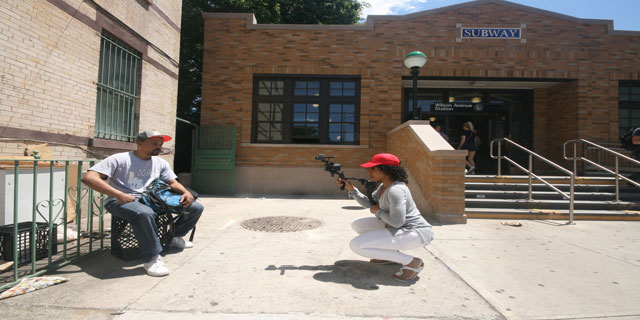 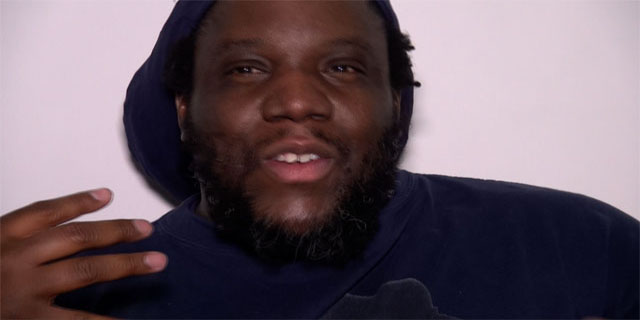 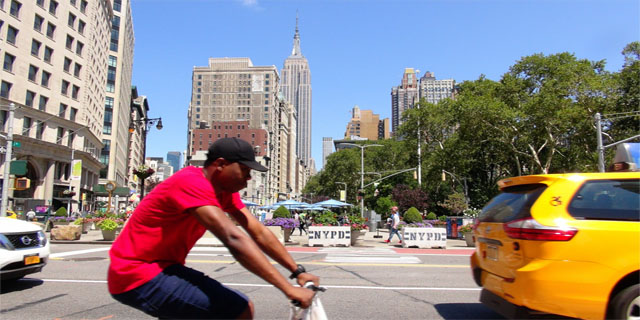 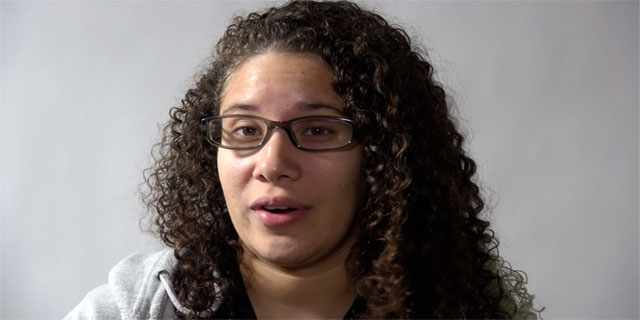 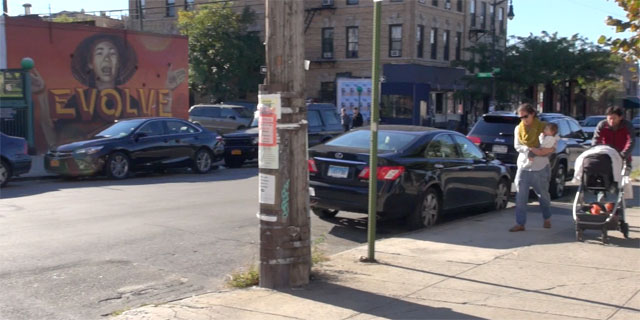 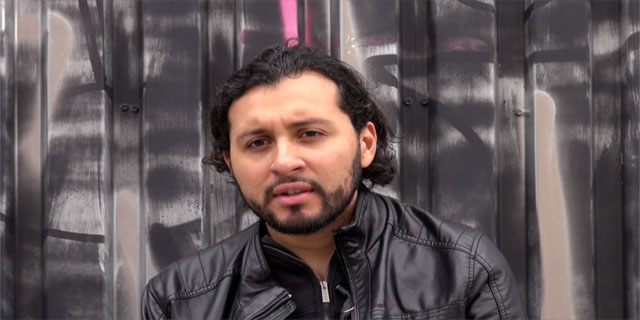 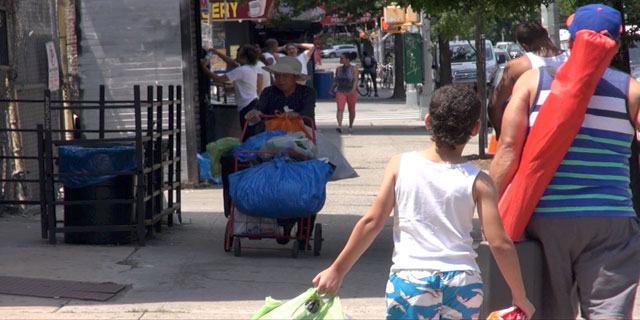 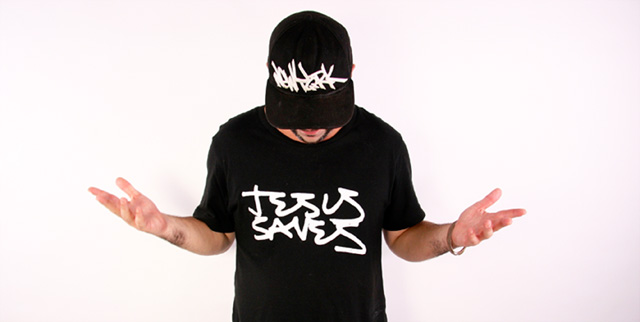 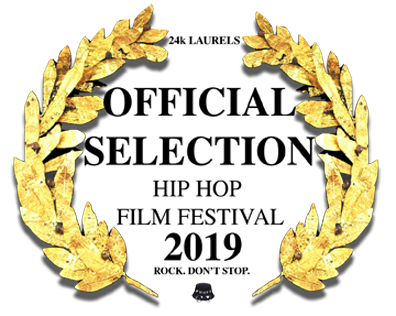 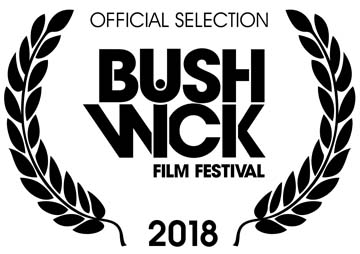 Bushwick Homecomings- The Record, documentary film will have its debut screening at the 2018 Bushwick Film Festival on Sunday, October 14, 2018 at 3:30pm. Purchase tickets online here. 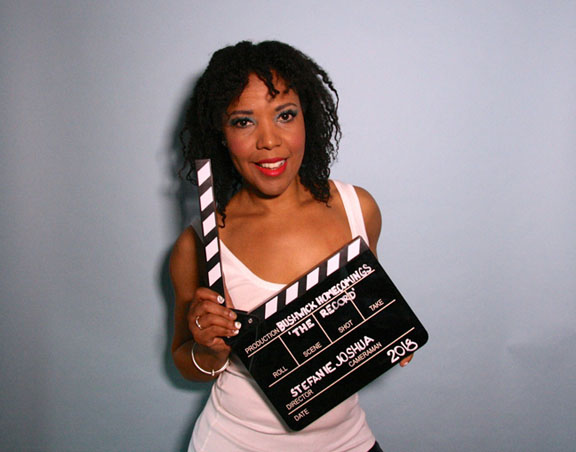 Stefanie Joshua is a native New Yorker, born and raised in Bushwick, Brooklyn. From the filmmakers perspective, the documentary film, which was born from the filmmakers Masters thesis project in Sociology, is the examination and pursuit of understanding the social and economic mechanisms that spur change within communities. The filmmakers ideology is that a greater understanding of these concepts can help to bridge and build community.

An educator, administrator and yogi, Stefanie works and lives in New York City.

Lenni Lenape were indigenous to New York, including Bushwick, as well as areas that would later become/be named New Jersey, Delaware, Pennsylvania, Long Island and parts of Canada. The Lenape reside today in Oklahoma.[1]

On August 1, 1638, the West India Company (a chartered company of Dutch merchants- Amsterdam) "obtained" the deed for the land that would comprise, and later become, Bushwick, Brooklyn from the Lenni Lenape Indians for the price of "8 fathoms of duffels cloth, 8 fathoms of wampum, 12 kettles, 8 adzes, 8 axes, some knives, corals and awls".[2]

The Lenape people and culture would become largely decimated and displaced from Bushwick (and New York) through treaties, illness and infectious disease as well as war and massacre by European settlers.[5]

This transaction of "buying" land from the indigenious population by the European settlers is today largely understood to be non-binding and unethical, since indigenous populations and cultures understood land as shared, not as something that could be privately owned, therefore likely saw the gesture to be an offering to share and co-exist rather than as a purchase of land.[6]

A Living Land Acknowledgment is a statement that recognizes displacement and marginalization of indigenous communities and that works to appreciate the history of the land on which institutions are built.[7]

This is a recognition of Lenni Lenape as the original residents of Bushwick, Brooklyn.

In 1660, Peter Stuyvesant, Dutch colonial governor, chartered the region formally naming it "Boswijck" or "Boswyck" which is dutch translating to "neighborhood in the woods". It would later become Bushwick. The original town of Bushwick included Williamsburg and Greenpoint and the old Eastern District.[8]

The Dutch settlers were responsible for clearing the dense woods of the region and forming many schools and churches in Bushwick, some of which still stand today. Many street names in Bushwick still bear the names of prominent Dutch families of the era.

Dutch settlers also brought enslaved Africans to the region, which helped them to prosper and slavery practices were particularly harsh under the Dutch, but also more fluid. The fluidity of slavery under the Dutch might be best exemplified by former slave, Francisco de Neger, who signed the patent to create the town of Bushwick.[9]

Bushwick is one of the original six towns of Brooklyn, which consisted of: Bushwick, Brooklyn, Flatbush, Flatlands, New Utrecht and Gravesend.[10]

However, in 1683, the English would take over the towns to form Kings County or modern day Brooklyn.[11]

A census from 1698 showed that the population of Brooklyn was fifty percent Dutch. The remaining population came from Germany, England, France, and Scandinavia, and included a large number of enslaved Africans from the transatlantic slave trade.[12]

In the mid-1800s, large populations of Europeans (mostly German Catholics, Austrian, Irish, Russian and Polish Jewish populations), fleeing persecution in Europe, migrated to the United States and New York with a large population of German immigrants migrating and settling in Bushwick.[13]

This was the era of an industrial boom in New York and Bushwick became a manufacturing and industrial hub.

The German population of Bushwick was most evidenced by the thriving beer brewing industry that developed in Bushwick.[14] By 1904, there were 44 breweries in Bushwick.[15] Many new churches were built in this era, including Bushwick's St. Barbara's Roman Catholic Church, which is also a reflection of the German heritage of Bushwick.

In 1920, the U.S. adopted a bill that would greatly reduce immigration capacities to no more than 3% of any nationality.[16]

By the 1940's, Italians, both first and second generation, began moving into Bushwick. By 1950, approximately 55% of foreign born "whites" were from Italy and Bushwick was a largely Italian neighborhood.[17][18]

Census records reflect that Germans began to migrate to Queens and parts of Long Island.[19]

The distribution of churches in Bushwick during this period also reflects the Italian population of Bushwick with six Catholic churches and 6 parish schools and 38% of students attending Catholic schools.[20] Some original Italian pizzerias and bakeries have persisted in Bushwick and the tradition of rooftop bird flying, prominent is Bushwick, was brought to Brooklyn by Italian immigrants.[21][22]

By the late 1950s, there was also the beginning of an increase in African Americans and particularly Puerto Ricans in Bushwick.[23]

The 1950-1960's U.S. Civil rights movement was an important component that comprised the backdrop of the beginning of this era in Bushwick and NYC at large. African Americans, seeking employment and improved quality of life opportunities migrated to New York City. The 1970's also marked the migration of the largest number of Puerto Ricans to NYC, many residing in Bushwick, Brooklyn.[24]

The economic downward spiral, lack of jobs, new population migration as well as the outward migration of "white" residents from Bushwick would mark key shifts in Bushwick's future that would impact the neighborhood for the next two decades.

On the heels of the civil rights movement, racial segregation and tensions were still commonplace. As Black, PuertoRican and other minorities began to make Bushwick their home, there was an outflux of white residents from Bushwick, some stemming from the discovered practice of "Blockbusting" where unscrupulous landlords and real estate developers stoked fears into existing residents about the arrival of minorities and evoked concerns for their safety and that of their families and their property values due to the arrival of these new cultural populations.[28] This was done in order to spur property owners to sell their homes at a low value and then the agents would resell to minorities at a higher price.[29] Additionally, some owners/landlords burned down their empty properties for the insurance money.[30]

The Blackout of 1977 in Bushwick was the catalyst for rampant looting and further arson of homes and businesses in Bushwick; many businesses did not re-open following this event.[31] The subsequent years found the void to be filled by the illegal drug market which ravished NYC neighborhoods. Crime rates increased dramatically in the years to follow.[32]

The residents of Bushwick, who remained following and during the devastation, persevered during a time when municipal resources and public services including the police, sanitation, social services had significantly declined. Block Associations, churches and places of worship became sources of social stability and order, however it could not stem the crime and ravages of the drug market on the community which were extremely devastating and left 25% of the land as vacant lots.[33] Despite these variables the birth of music, art, and modern hip hop culture occurred during this time in New York City and the seeds of hip hop, graffiti and street art also manifested uniquely in Bushwick.[34]

The era of the "War on Drugs" in Bushwick persisted through the mid 1990's. Demographically, though the neighborhood remained largely comprised by Latinx populations (68% in 2000 and down to 53% in 2018)[36] however, the countries and cultures represented in the diaspora shifted.

The Puerto Rican population, though still present, dropped sharply, while the Dominican and Mexican populations rose. Residents identifying as "white" went from 3% in 2000 to 22% in 2018.[37]

The late 1990's realized the rapid land redevelopment in Bushwick with the majority of the vacant lots being developed with housing. Bushwick during this time gained visibility and exposure as a hip artist hub with new residents, many identifying as artists, with a proliferation of new housing developments, art galleries and a new street art scene and artist community.[38] 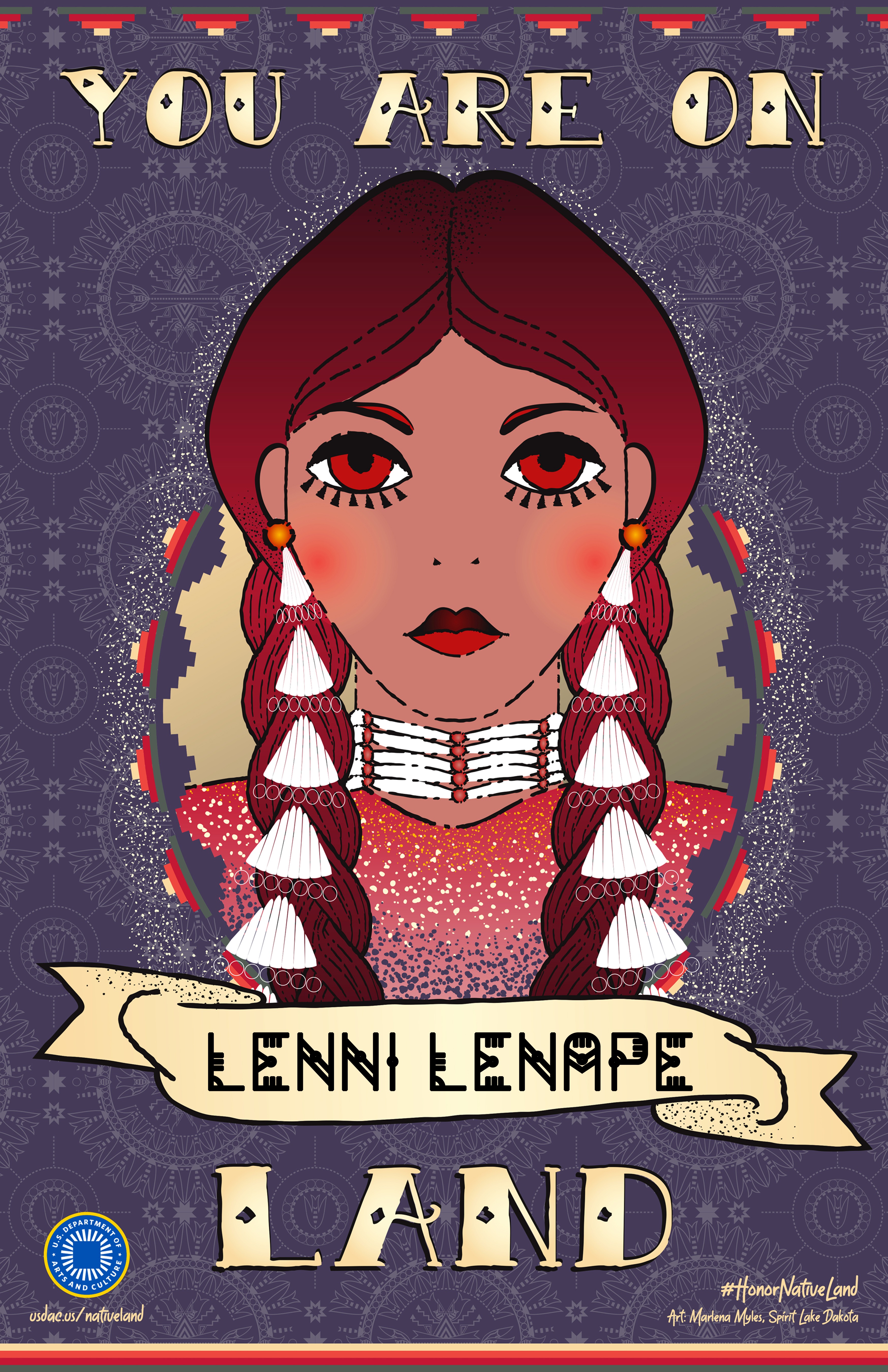 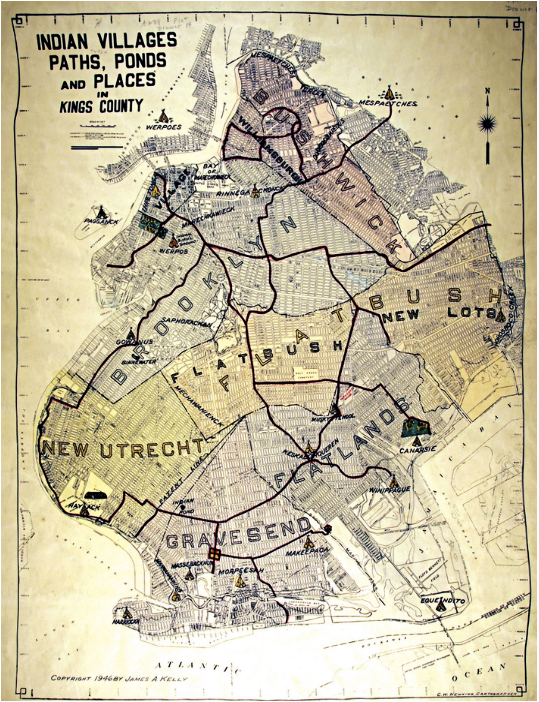 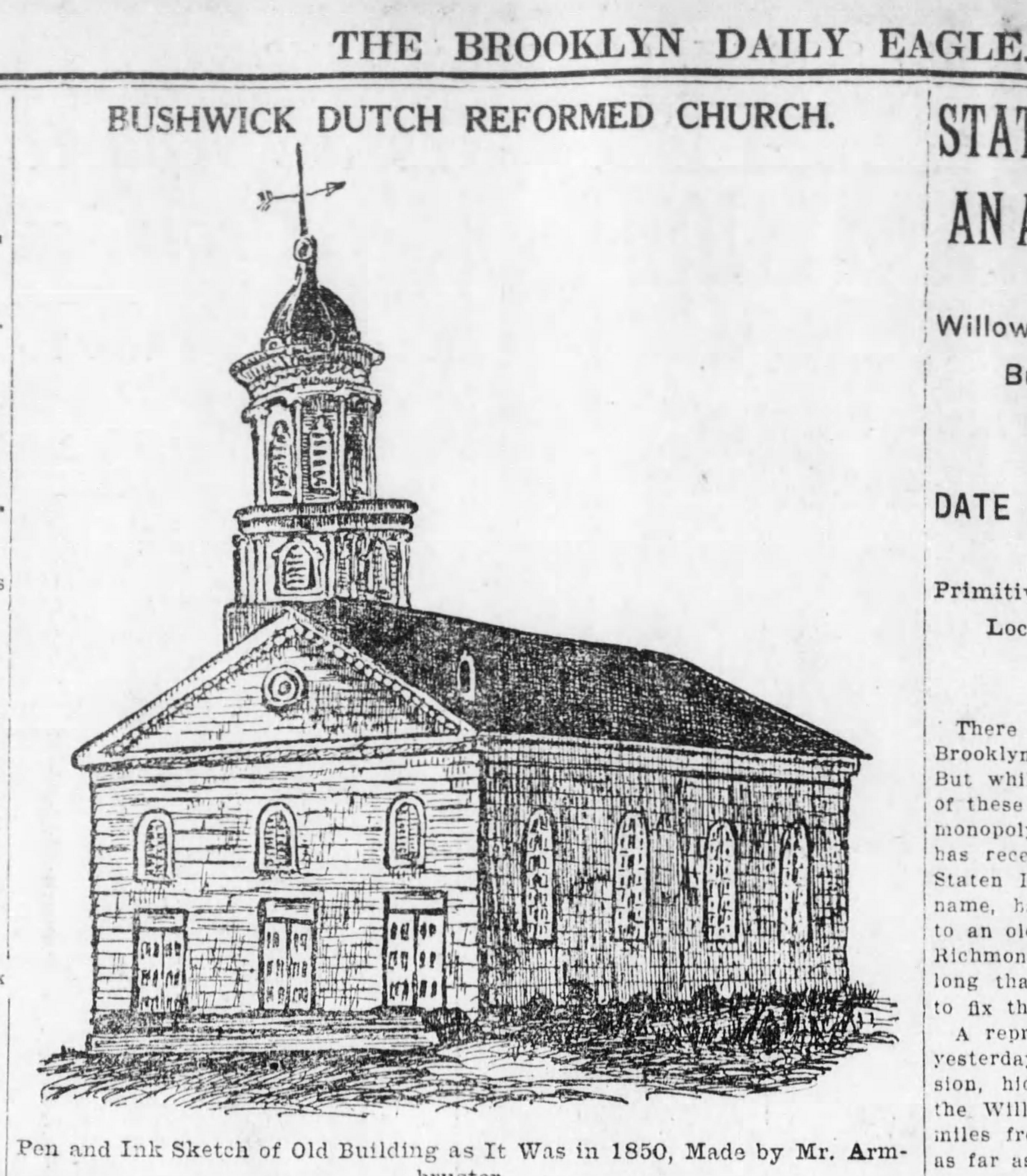 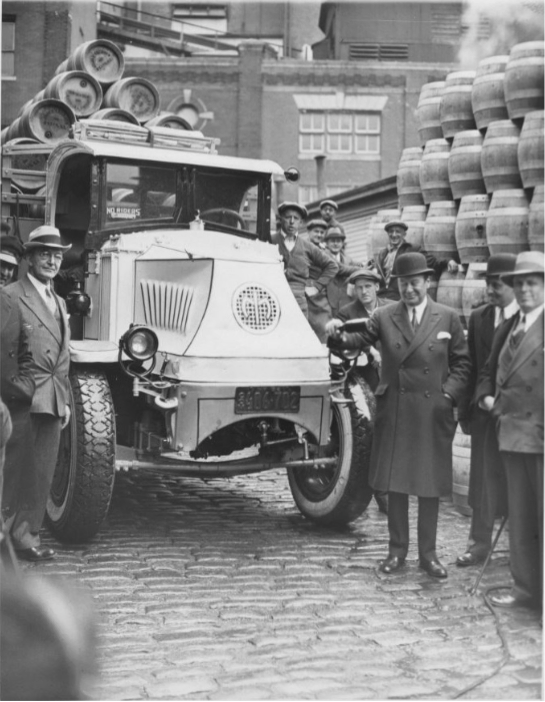 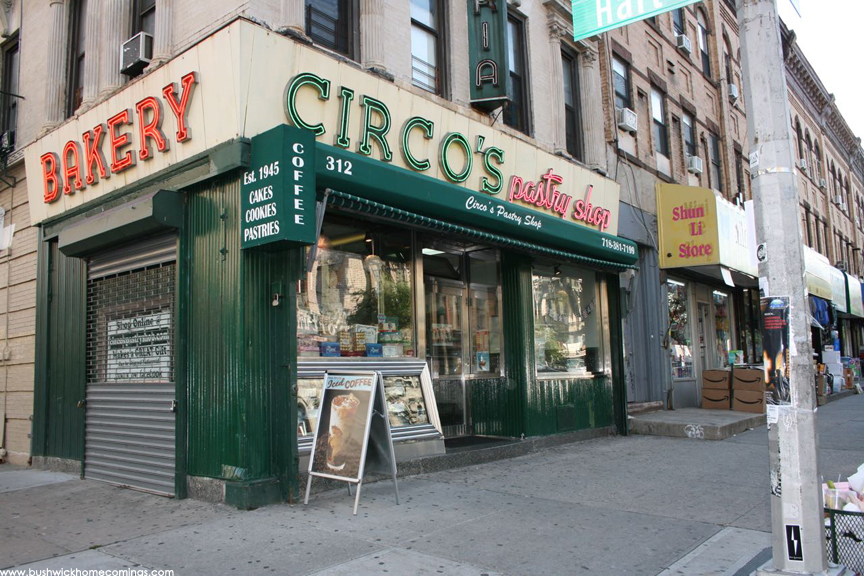 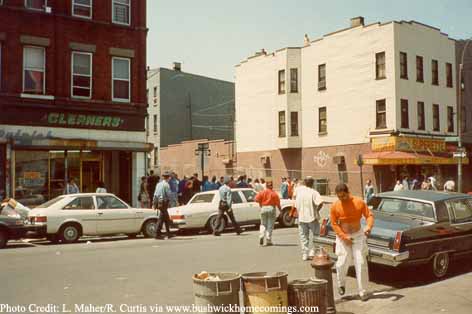 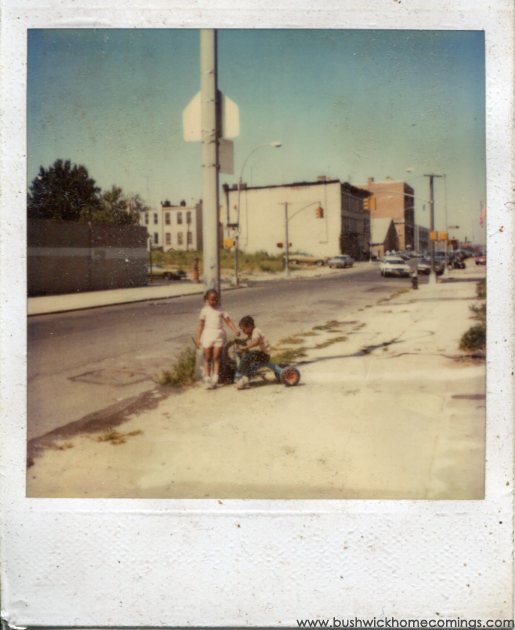 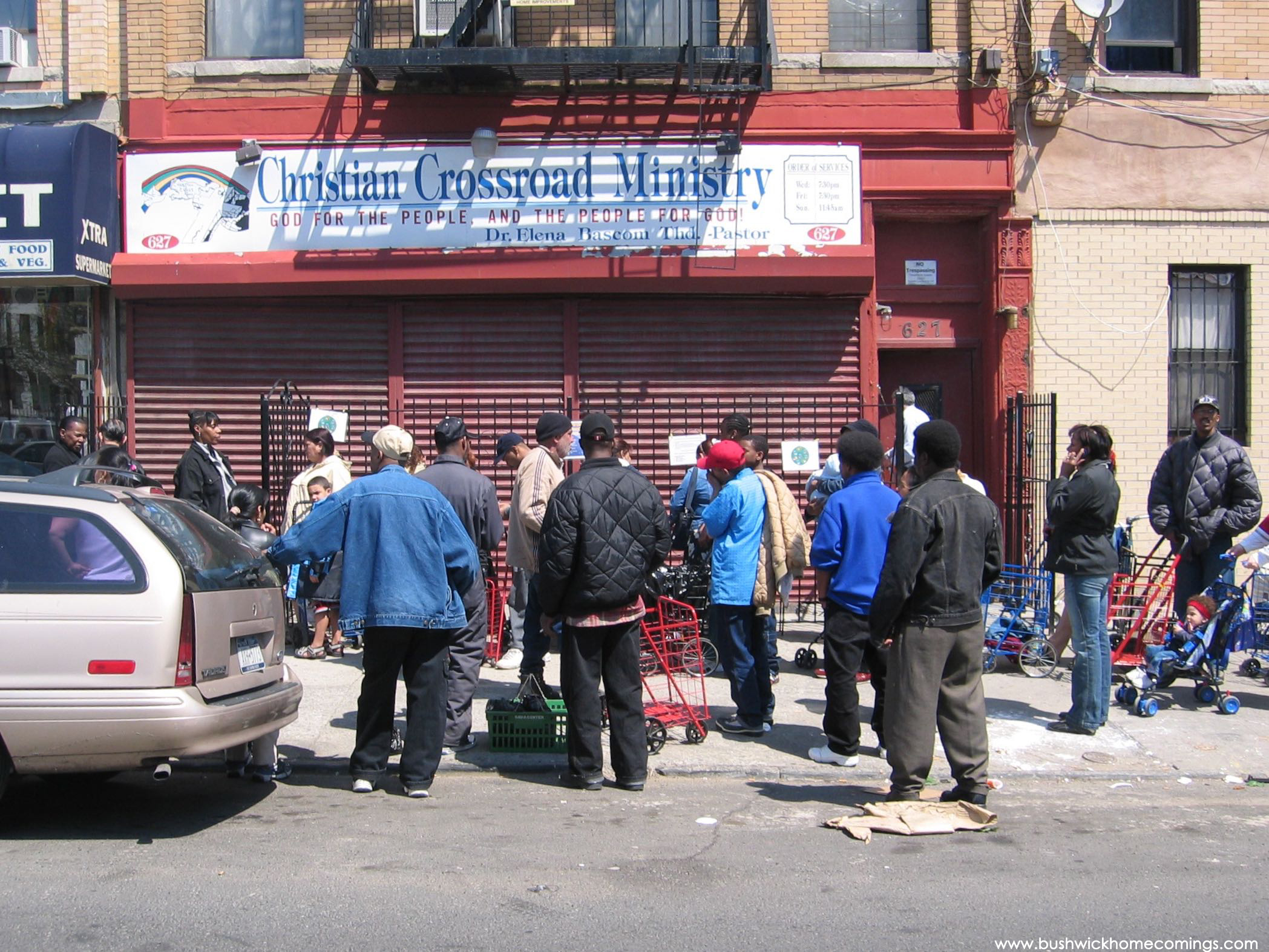 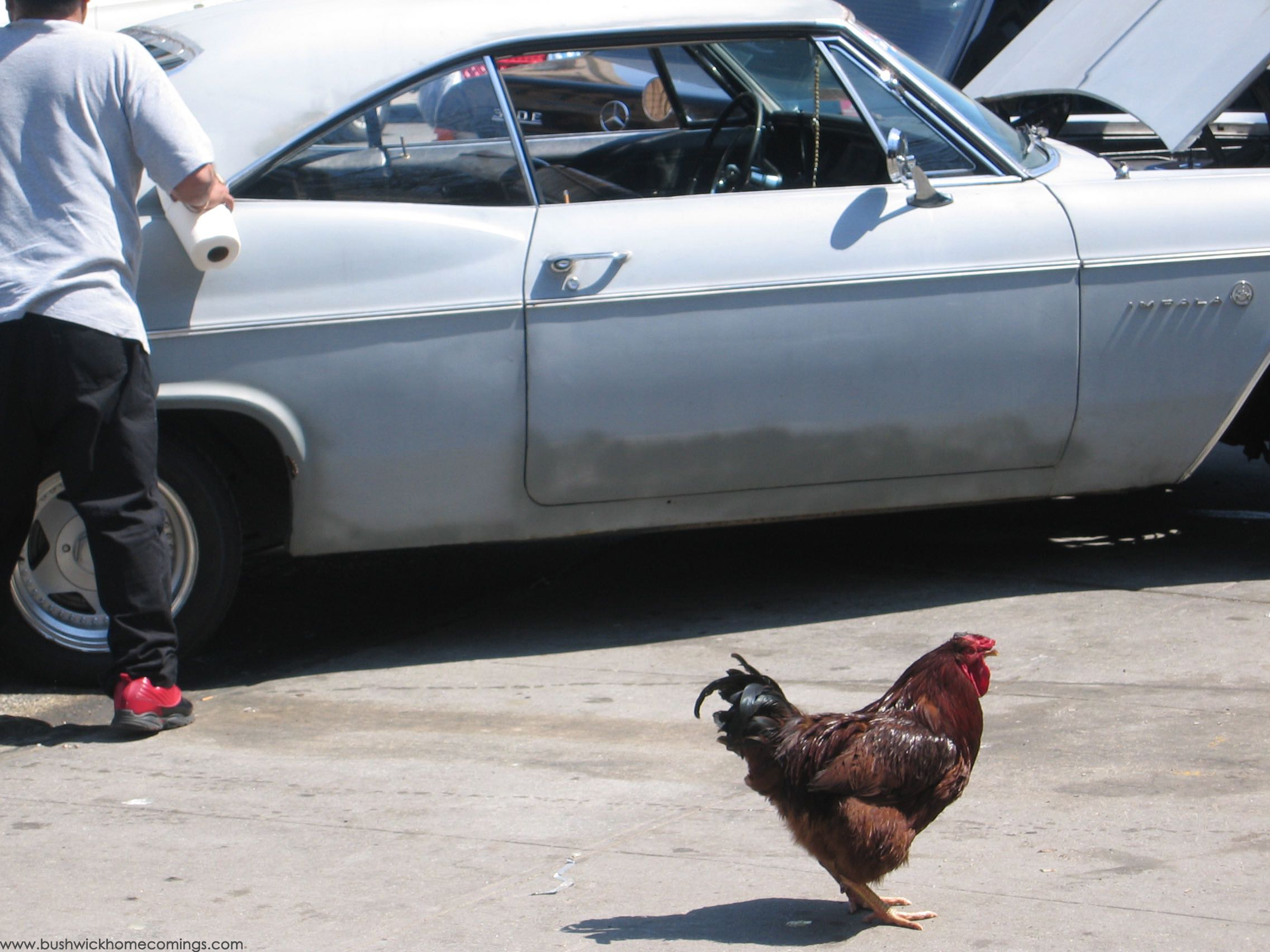 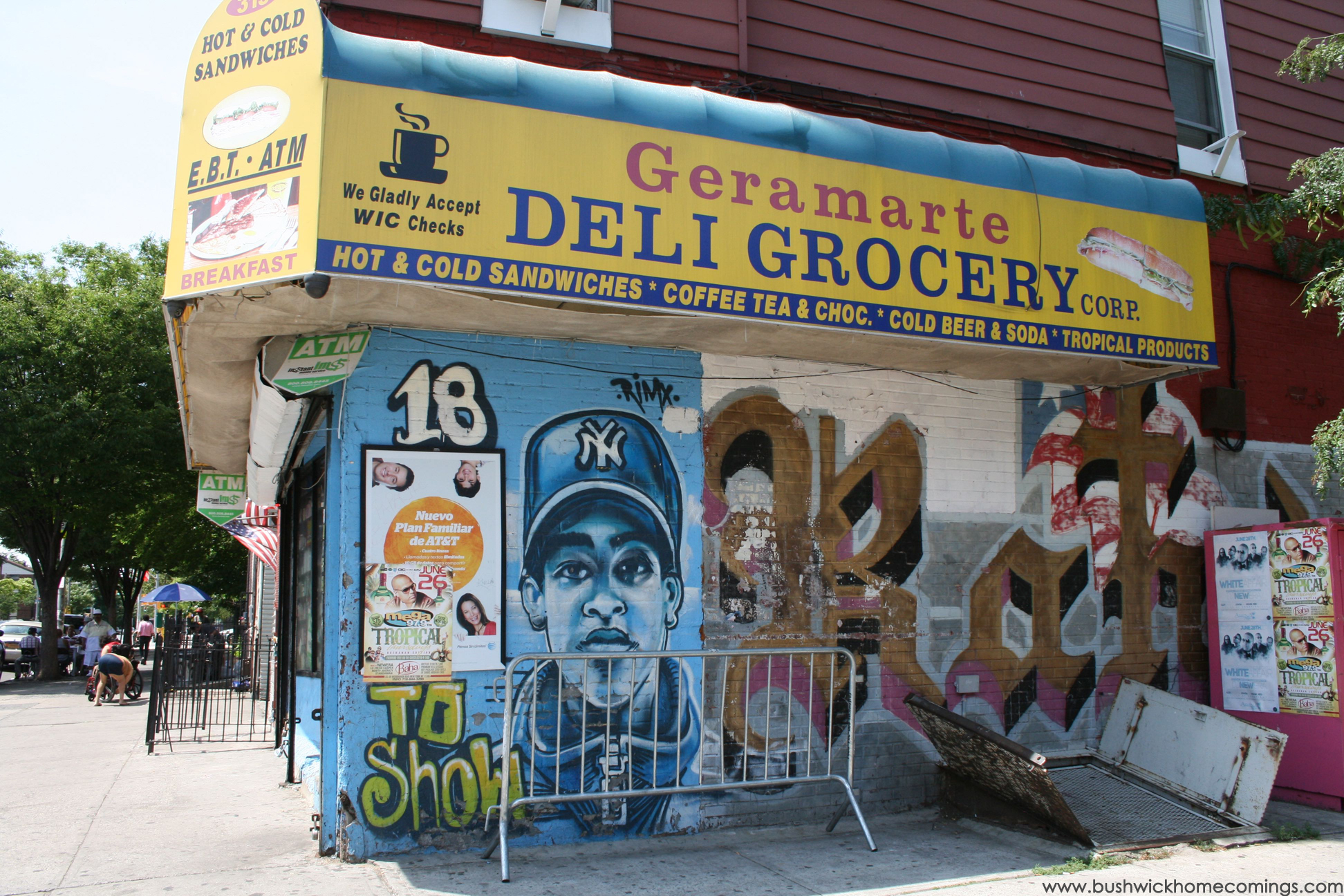 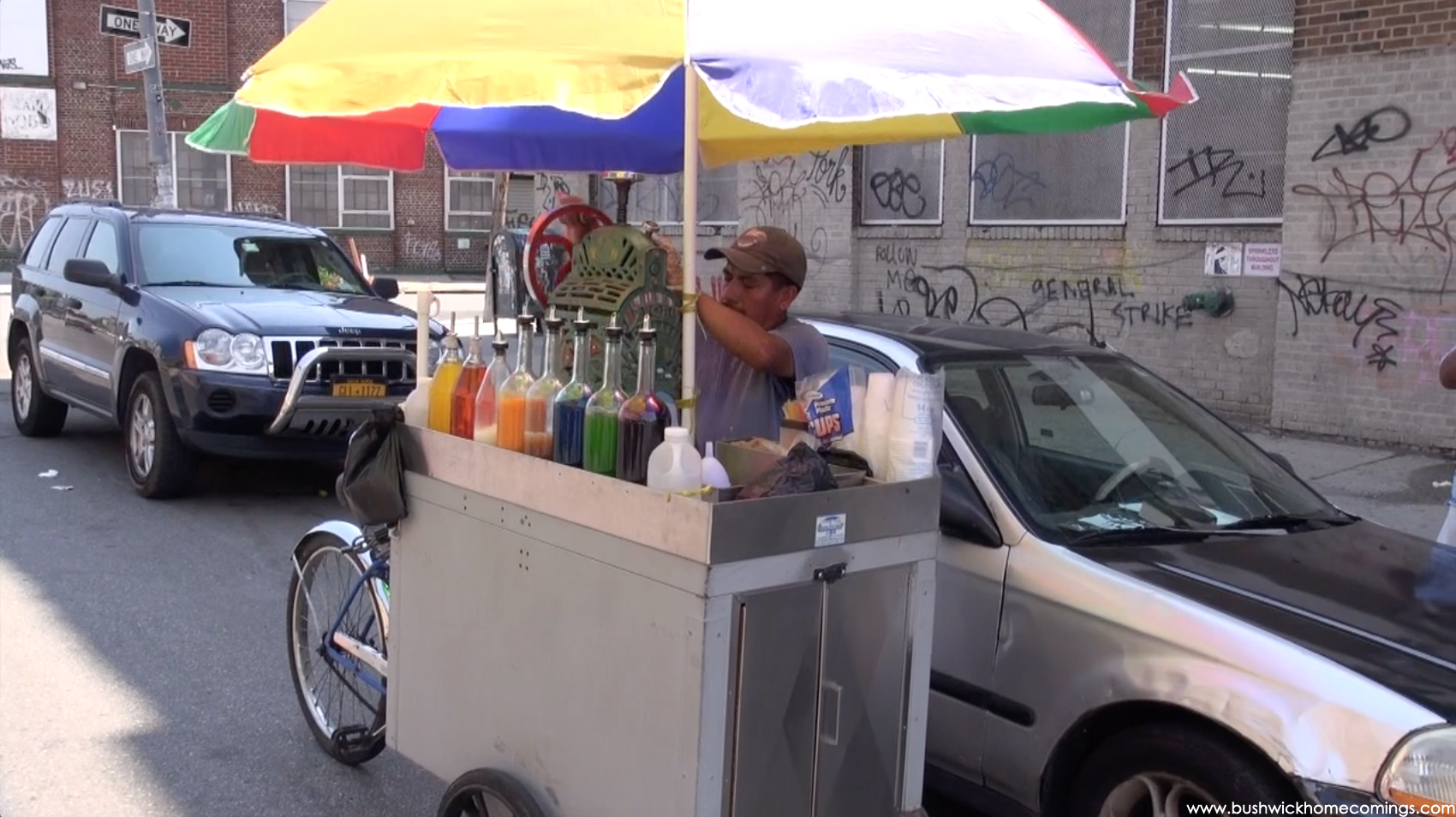 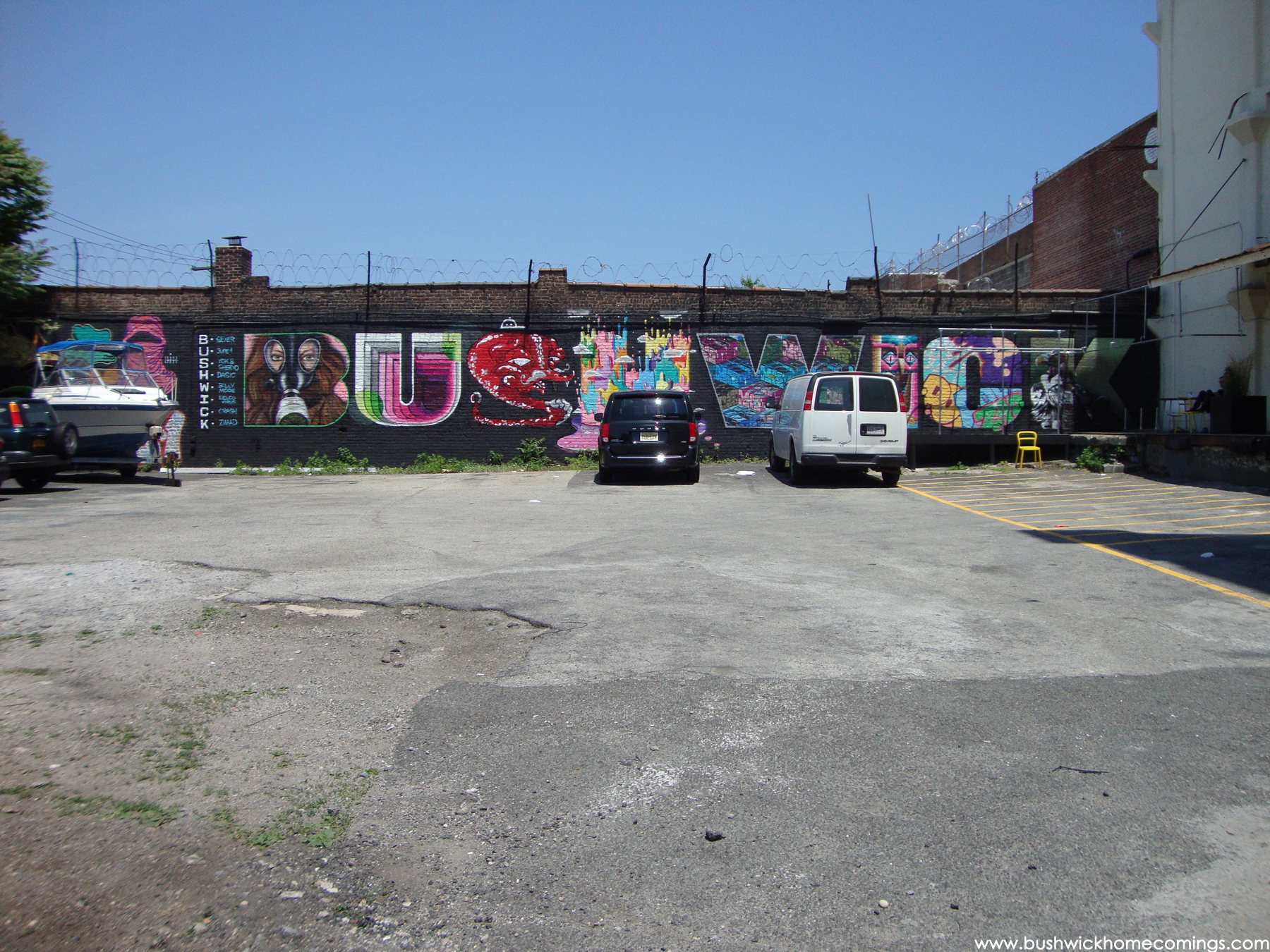 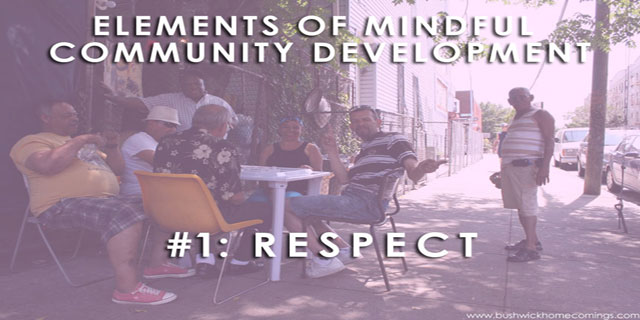 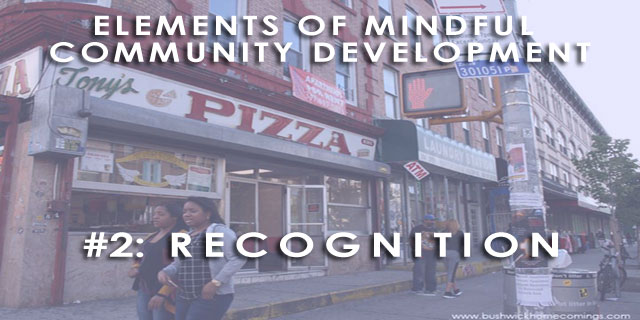 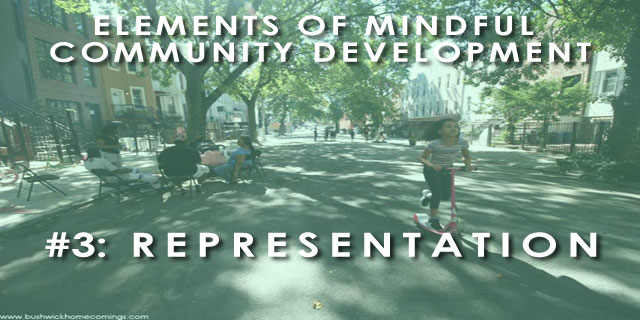